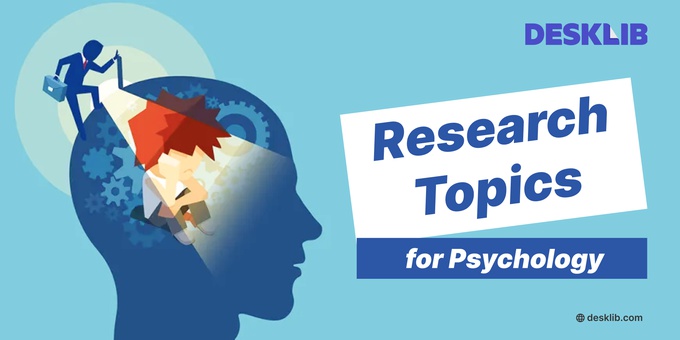 Research for Psychology and Personality Disorder

Psychology is a discipline that studies the scientific behavior of the human mind and its behaviors. Psychologists are actively interested in researching and comprehending how the person’s perception, mind, brain, and behavior work. With close ties to the social sciences, medical sciences, and educational sciences, psychology is regarded as a "Hub Science." The knowledge you'll acquire in-depth about the field and the understanding you'll gain of the mind, brain, and behavior of humans is the most evident benefits of studying psychology. With the help of this knowledge, you will be better able to comprehend psychology's many specialized fields and applications, as well as its theoretical and scientific foundations. You will also be better able to recognize the variety and variability of psychological functioning and its importance of it. In this blog, we will discuss different types of personalities and the psychology behind them, as follows:

An individual's capacity to control their emotions is substantially compromised by a borderline personality disorder, a mental condition. This breakdown in emotional regulation can make a person more impulsive, have a negative impact on how they feel about themselves, and damage their relationships with other people. It is possible to manage the symptoms of borderline personality disorder using efficient therapy.

Borderline personality disorder patients may experience extreme mood swings and self-image issues. They have the capacity to quickly transition from a strong bond to a strong dislike of others. These fluctuating emotions can lead to unstable relationships and emotional anguish.

Borderline personality disorder patients also frequently have extreme worldviews, such as all good or all negative. They might act recklessly or impulsively, and their beliefs and interests might change suddenly.

Other indications or symptoms could be:

-  Attempts to prevent actual or perceived abandonment include rushing into partnerships or ending them hastily.

-  A pattern of passionate and unstable connections with loved ones, friends, and family.

an unbalanced and skewed view of oneself.

-  Impulsive and frequently harmful actions, such as shopping binges and an eating disorder.

-  Self-destructive actions, such as cutting.

-  Episodes of intense and drastically fluctuating moods can last anywhere from a few hours to a few days.

-  The sensation of emptiness all the time.

Self-harming and suicidal conduct are substantially more common among people with borderline personality disorder than in the general population.

All of these symptoms may not be present in every person with a borderline personality disorder. The individual and their condition have an impact on the intensity, frequency, and duration of symptoms.

The chance of having borderline personality disorder may be increased by some personality development-related factors. These consist of:

The Basic of Prosocial Behavior

Positive social relationships and the promotion of social adjustment depend on prosocial behavior, a significant category of moral conduct. Prosocial conduct, which includes helping, cooperating, consoling, sharing, and contributing, was described as behavior that benefits others.

Prosocial actions are ones that aim to benefit others. Concern for the rights, sentiments and welfare of others underpins these actions. Prosocial actions entail empathy and concern for other people. A wide range of behaviors is categorized as prosocial behavior, including assisting, sharing, consoling, and cooperating.

While research reveals that there are various varieties of prosocial conduct, it is frequently presented as a single, uniform dimension. Based on the reasons they are produced, these categories can be divided into the following:

Proactive: These are prosocial behaviors done for one's own gain.

Reactive: These are deeds that are done in response to personal requirements.

Altruistic: These include deeds that have no regard for self-gain and are intended to benefit others.

Additionally, research suggests that these various prosocial acts are frequently motivated by various causes. Proactive prosocial behavior, for instance, was found to frequently be driven by status-related objectives and popularity within a group. On the other side, altruistic prosocial acts were more closely associated with receiving positive peer reviews and achieving success.

How do you support Prosocial Behavior?

Prosocial activity has the potential to be advantageous for people, communities, and society. It is influenced by a variety of factors, but there are things you can do to foster prosocial behavior in both yourself and others -

Encourage acts of kindness by telling children—or adults—who you see being kind to others that you appreciate what they are doing.

Antisocial Personality Disorder  and Its Treatment

A person who continuously disregards right and wrong and the rights and sentiments of others is said to have an antisocial personality disorder, often known as sociopathy. People with antisocial personalities frequently manipulate, provoke, or treat others harshly or indifferently.

There is no remorse that they feel for their actions.

People with antisocial personality disorder frequently break the law and turn into criminals. They may struggle with drug and alcohol abuse, act irrationally or furiously, and be dishonest. Since these traits are present in their instinctual behavior, they usually fail to comply with the societal norms and code of conduct.

Psychology explains human behavior and aids in our understanding of why certain behaviors occur. The field provides insights into our human experiences, fosters interpersonal connections, and has the power to make the difference between a life well-lived and one filled with difficulties. With the above-discussed personality disorders, we can gain a deep insight into the human brain and how it functions under various situations.

Top 10 Most In-Demand Professional Skills in 2022