Leader-Someone who can influence others and who has managerial authority.

Leadership- What leaders do, the process of influencing a group to achieve goals.

A)Leadership is the action of leading people in an organization towards achieving goals. Leaders do this by influencing employee behaviors in several ways. A leader sets a clear vision for the organization, motivates employees, guides employees through the work process and builds morale.

influencing employees to understand and accept the future state of the organization.

Motivating employees - to find out enough about the needs and wants of employees, giving them what they need and providing praise for a job well done.

Guiding employees- it is important to define their role in the work process and provide them with tools needed to perform and participate in their efforts along the way. Some military are difficult.

Building morale - involves pulling everyone together to work to words a common goal. Let’s face it-fighting in a war is stressful. Soldiers are often placed in high –stress situations. 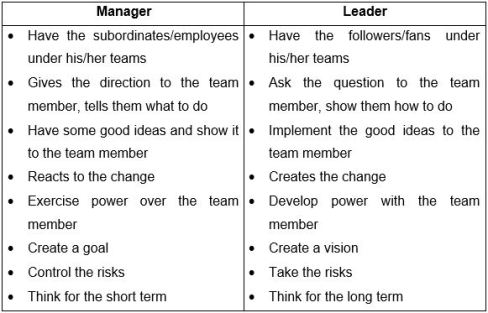 involved employees in decision making, delegates authority, and uses feedback as an opportunity for coaching employees.

laissez-faire-a leader who lets group make decision and complete the work in whatever it sees it. 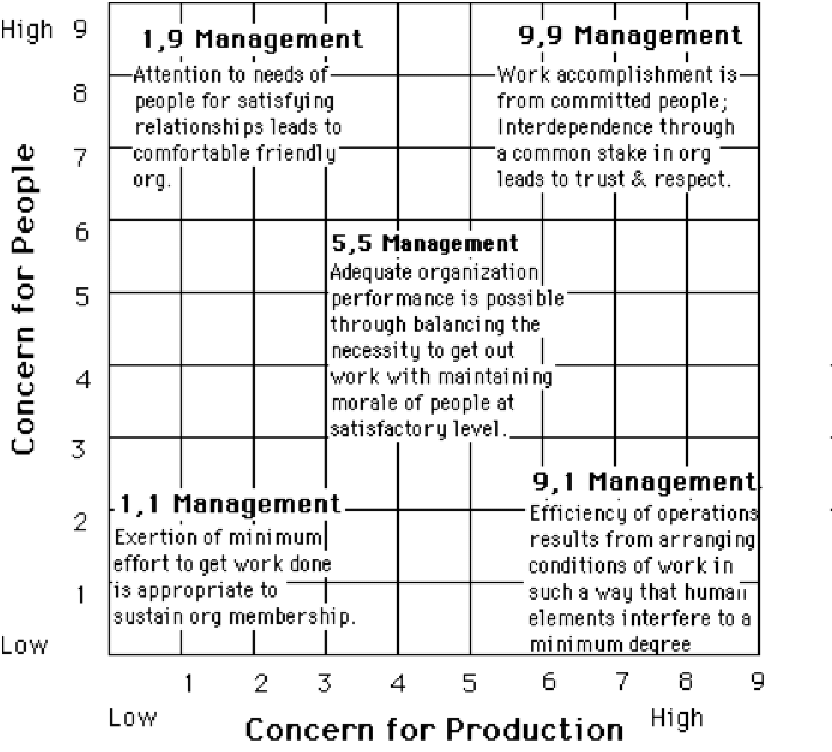 a. Contingency theories by Fiedler

–member relations –degree of confidence ,trust , and respect members had for leader, rated as either good or poor

-degree to which job assignments were formalized and structured, rated as high or low.

-degree of influence a leader had over activities such as hiring ,firing , discipline, promotions and salary increases, rated as either strong or weak. 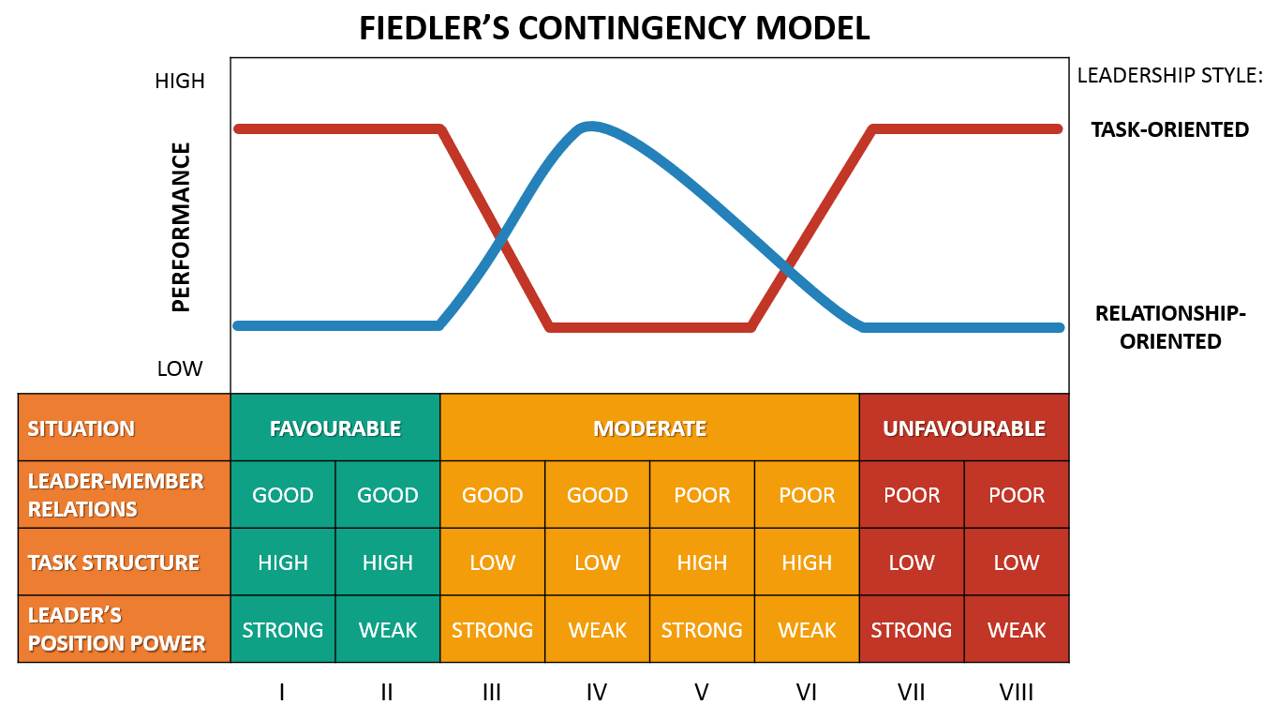 -place leaders in situations suited to their style

-change the situation to fit the leader

i)directive–lets subordinates know what’s expected of them ,schedules work to be done and give specific guidance on how to accomplish tasks

concern for the needs of followers and is friendly

iii)participative–consults with group members and uses their suggestions before making a decision.

ii)personal-characteristics of the followers determine how the environment and leader behavior are interpreted.

-it is redundant with sources of environmental structure

-it is incongruent with follower characteristics

Most evidence supports the logic underlying the model

Visionary-ability to create and articulate a realistic, credible, and attractive vision that improves the present situation

-Explain the vision to others

-express the vision verbally and behaviorall