The Algorithm in Computer Science

Do you use software to make your task easier and smooth? But do you know, the software is nothing but a bunch of programs meant to solve the problems? And these programs are built upon the logical sequences, which are known as an Algorithm. Hence in this blog, we will discuss what an algorithm in programming is?

What is an Algorithm?

An Algorithm is a step-by-step series of instructions to perform a certain task or specified actions. Task can vary depending on the situation; it can be as simple as adding two numbers or as complex as applying artificial intelligence. Talk about any field, be it computer science, databases, networking, security, or operating system algorithms form the fundamental aspect of every field. Algorithms are created to simplify complex tasks into easy and effective steps. 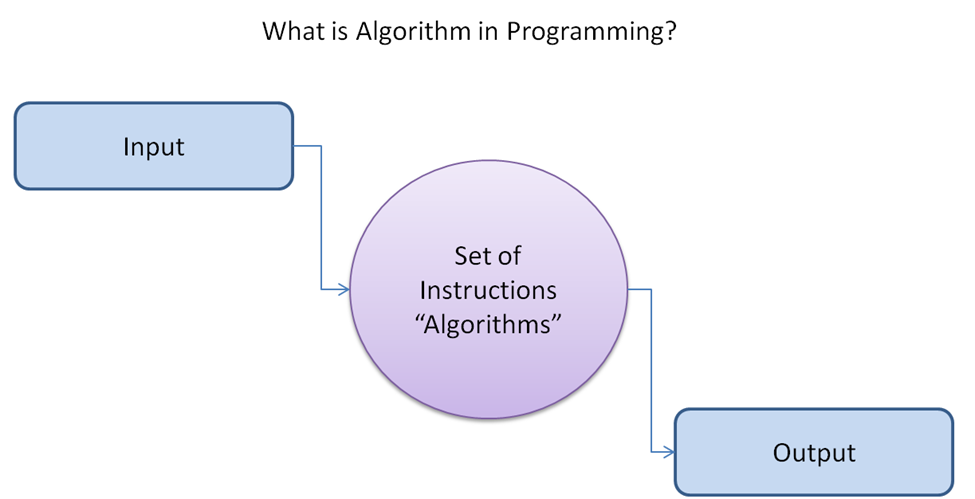 What is an Algorithm in Programming and Coding?

The entire essence of programming and coding lies in the foundation of algorithms. They are written and created in the form of functions. Talking about functions, it is the way to define the relationship between values and variables. Programmers often create libraries: a collection of functions to save writing the same code again and again and extract whenever required.

Understand this way: In a nutshell, an algorithm transforms a finite input value, let say x, into an effective output value, let it be y, where y is f(x) for some well-defined function (f). And the best part is algorithms are generic and can be utilized in any programming language. They are the head chief who decide whether a problem can be solved or not; if yes how fast, how efficient and how accurate a solution can be created out of it.

Let’s say you want to go somewhere, and use the navigation app to get the route. That particular software will be built on code or programs. Their code consists of algorithms that instruct them on what to do. When we insert a destination, the software employs an algorithm to examine the numerous options. After that, it employs a different algorithm to check the current traffic, and then a third algorithm takes that data and generates the best possible path. Hence in this way, we get the final result.

Advantage of the Algorithm in programming

Not to flood with so many technical algorithms name but to introduce to you some of the efficient algorithms of all times like merge sort, bubble sort, insertion sort, GCM Euclid’s algorithms, Greedy Algorithms, Brute Force Algorithm, Divide and Conquer Algorithms, Dynamic Programming, Hashing, Search Algorithms, String matching and Parsing, and Primality testing algorithms.

How to Design an Algorithm?

The pre-requisites required for writing an algorithm are as follows.

Step-by-Step Designing of an  Algorithm

Now let’s design the algorithm with the help of the above pre-requisites:
Algorithm to add three numbers and print their sum:

Step 3: Testing the Algorithm by implementing it.

To test the algorithm, let's implement it in C# language. 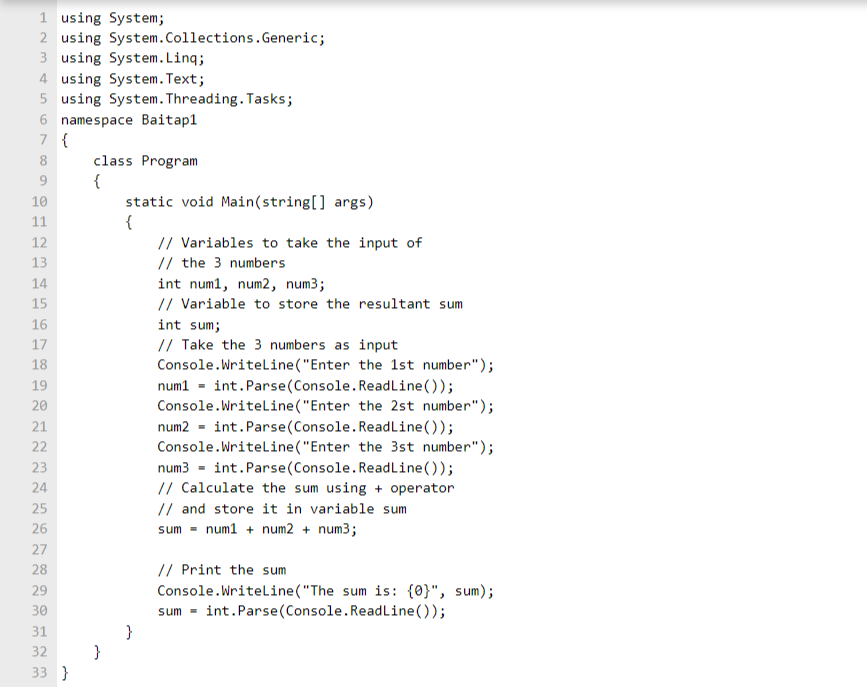 The output of the above program will come as follows:
Enter the 1st number: 10
Enter the 2nd number: 12
Enter the 3rd number: 3
The sum of the three numbers is: 25

Hence, we come to the end of PART 1: ALGORITHM where we provided a brief overview of the Algorithm in programming.

The second part of the presentation can be viewed by clicking this link: where we explain PART 2: FLOWCHART.

Homework Help
Ask your homework question, and get fast and reliable answers from online experts.