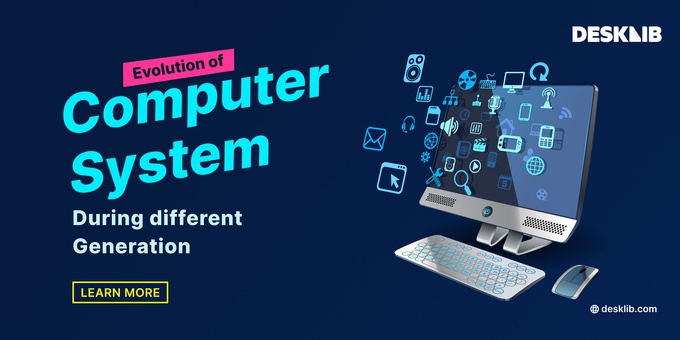 How Have Computers Evolved?

It can be challenging to recall a time when personal computers, such as desktop computers, laptops, and tablets, became such an integral part of daily life.

In truth, computers, as we know and utilize them today, are still quite young. Although the abacus, which dates back about 5000 years, was the first computer in operation, modern computers have had the biggest and most significant impact on society.

The first full-sized digital computer was built in 1944. The Mark was a five-ton computer that was only used for calculations. Despite its small size and limited capabilities, it was the first of many computers that would usher in subsequent generations.

With the advent of your time, the modern computer began to take shape. The sixteenth century saw the beginning of the computer's development. Numerous improvements were made to the original computer. It continued to advance in terms of speed, accuracy, size, and cost in order to push the design of the current-day computer.

This extensive time is frequently easily split into the following segments known as computer generations:

Generations of Computer First To Fifth

The term "machine language" refers to the same basic programming language that was utilized with early computers.

Computers' second generation, which spanned from 1956 to 1963, replaced vacuum tubes with transistors. They were able to produce less heat and utilize less electricity as a result.

Thanks to integrated circuits, computers' speed underwent a major change between 1964 and 1971.

The first large-scale integration (LSI) circuits based on a single chip, known as microprocessors, were utilized in 1971.

The concept of personal computers and computer networks was created in the fourth generation.

The fifth generation of computers can function thanks to AI. It makes it possible for machines to act just like people.

How do Electric Cars Work?